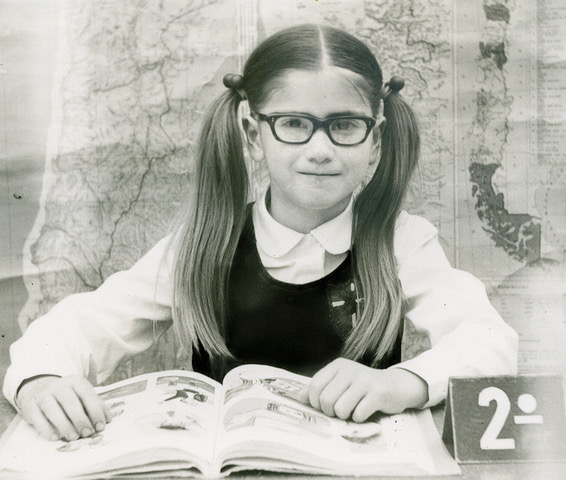 My given name, Milène, is pronounced as in the French Mylène (mee-lenʹ). Yet I am not French. I was born in Viña del Mar, Chile—in that sliver of a country, squeezed between the towering Andes mountains to the east and the fiercely cold Pacific Ocean to the west. Dotted by volcanoes from north to south, it stretches from the driest desert in the world (the Atacama) to the closest continental point to Antartica (Tierra del Fuego). A Chilean once told me, you can find a line of verse under any rock. He slept on the beach and called it “a thousand star hotel” (hotel mil estrellas).

Much as I love that beautiful country of poets (pais de poetas) I don’t feel very Chilean, because I have lived most of my life in the United States and in Europe (from age one, in this order: Cambridge, Massachusetts; Lawrence, Kansas; Valparaíso region, Chile; Kansas City; London; New York City; Vienna, Austria; Queens, Brooklyn, NY; Jersey City, NJ). Although I only lived six years of my childhood in Chile, I like to think that I have been imbued with some of the country’s poetic virtues.

While surrounded by artist and musicians my entire life, writing has been a predominant way expressing myself. As a child I wrote and illustrated stories, entertaining my family. In my teens I wrote poetry.

One of my most vivid early memories, at the age of four, was visiting the Nelson Atkins Museum in Kansas City and seeing an ancient Chinese canopy bed (more on that in a future blog post). At the age of fifteen, Velázquez’s painting Las Meninas in Madrid’s Prado Museum, left a deep impression on me. It’s influence worked it’s way more obviously into my life decades later.

In my twenties, as I was completing my undergraduate degree in Anthropology at the University of Kansas, I modeled in figure drawing classes. Later in London I modeled at the Slade School of Art and in various artists’ studios, and in New York at the New York Academy of Art. I was thus in the center of representational art training. While in the position of being observed, studied, drawn, painted, and sculpted, I witnessed remnants of a tradition that seemed to be at the brink of vanishing. At that time, as my own means of expression, I was  talking and developing photographs in my darkroom, producing a couple of experimental films (one of which premiered in the BFI London Film Festival), dabbling in contemporary dance, contact improvisation, performance art, and installation art. In retrospect, except for my writing short stories and poetry, my dabbling into avant guard art felt rather vacuous.

I wasted much time and money studying postmodern “critical theory,” for the completion of a Master of Arts degree at New York University. The only valuable take-away from that so called ‘academic’ experience is that now I know what is no longer worth my attention. (For more on this, see “Celebrating the Philosopher of Beauty,” about Roger Scruton).

By my thirties, when I was living in Vienna, my taste in art shifted towards traditional art—from the Middle Ages and the Renaissance to the Classical and Realist tradition of today. In my forties, my fascination for such art grew even more as I interviewed artists for articles published in The Epoch Times. That spurred me to take drawing and painting workshops to better understand the fundamentals of traditional Western art.

Professionally, I have worked as a reporter, videographer, news director, and producer for NTD Television from its startup years, and later as a writer and editor for  The Epoch Times. I make my bread and butter as an editor, consultant, and writing coach. I have also contributed to Fine Art Connoisseur, and Canvas, the online magazine of New Masters Academy. Occasionally, I’m a photographer, panel discussion moderator, and painting competition ghost judge at the Salmagundi Art Club. Currently, I’m working on the preliminary phases of my books.